This post is part of the series “Finding Next-Gen“. Original version on 2015/11/08. Liveblogging, because opinions evolve over time.

Global illumination (GI) is a family of algorithms used in computer graphics that simulate how light interacts and transfers between objects in a scene. With its roots in the Light Transport Theory (the mathematics behind energy, how it transfers between various media, and leads to visibility), GI takes into account both the light that comes directly from a light source (direct lighting/illumination), as well as how this light is reflected by and onto other surfaces (indirect lighting/illumination).

As seen in Figure 1, global illumination greatly increases the visual quality of a scene by providing a rich, organic and physically convincing simulation of light. Rather than solely depending on a manual (human) process to achieve the desired look, the mathematics behind GI allow lighting artists to create visually convincing scenes without having to worry about how they can manually replicate the complexity behind effects such as light scattering, color bleeding, or other visuals that are difficult to represent artistically using only direct illumination.

A Family of Algorithms? But I thought GI was “Bounce” or “Radiosity”

The single directional light source reflecting on the yellow wall, which then reflects on the adjacent floor and walls as well on Shrek‘s body, is an example of what one could first notice in Figure 2. This phenomenon is what video game artists would describe as bounce or radiosity [2]. Of course, there’s a myriad of things happening in the image below, such as ambient occlusion, caustics, subsurface scattering, but for simplicity let’s focus on a specific (and significantly noticeable) visual element that’s part of global illumination: diffuse inter-reflection.

In the context of video games, in order to create mood and visually pleasing complex imagery this element of indirect lighting is what lighting artists often wish for. While we should not forget that GI is more than just diffuse inter-reflection, in video games the term GI is often used to describe this diffuse ambient term. As we get closer to real-time, the use of the term GI will most likely evolve, but for now these terms might be used interchangeably in the field.

As seen above, the resulting light transport and color transfers unify spatially the objects in the scene, so that things look like they belong together. This visual feature is not always easy to achieve, given the various memory and performance limitations that one could have on a target platform.

But This Has Been Achieved Before…

Yup! And again depending on the limitations (static vs dynamic, memory, performance, fidelity) and what you can get away with in your game, indirect illumination has been achieved before in many ways. Here’s a sample of the various approaches:

Alternatively, as suggested by [28], they could be arranged by family:

Without a doubt, indirect illumination (and GI) improves the quality of a rendered scene, allowing artists to create visually coherent and rich images. GI provides a better understanding of 3D shapes and a better understanding of distances between objects. There’s a part of this process that simply can’t be mimicked by a human manually placing lights. GI also helps artists with their craft, permitting them to focus on other things that really matter and simplifying the process. In the end things just look better.

Indirect illumination remains a complex problem, or rather, it is not a problem that has been completely solved in a real-time. We wouldn’t be talking about it if it was! 🙂

Thus far, indirect illumination has been generally too expensive (or “unjustified” over other rendering systems that require resources and processing power) to compute within the real-time constraints of a video game. As we move towards the third year of titles to be released on the 8th generation [22] of video games hardware, the need for Cinematic Image Quality and visually convincing Illumination [23] is a hot topic of discussion among the various experts in the field.

We are getting there. Some games have managed to use the previously mentioned techniques to create great visuals because, in the end, they found a technique that was good enough for their use. Still, our work is not yet done, and there are a few things we should take into account when thinking about how this problem could be solved. To begin, we can put our users first. Video games artists generally prefer to have:

Sound familiar? It should. Researchers were given these exact parameters when they asked how to make their techniques relevant and applicable to the game industry [24].

Global illumination is inherently computationally expensive because it requires computing visibility between arbitrary points in a 3D scene, which is difficult with rasterization. Moreover, GI requires integrating lighting over a large number of directions. This is part of The Rendering Equation [32]:

As explained by Julian Fong, this is the rendering equation using 1000 commonly used English words. 🙂 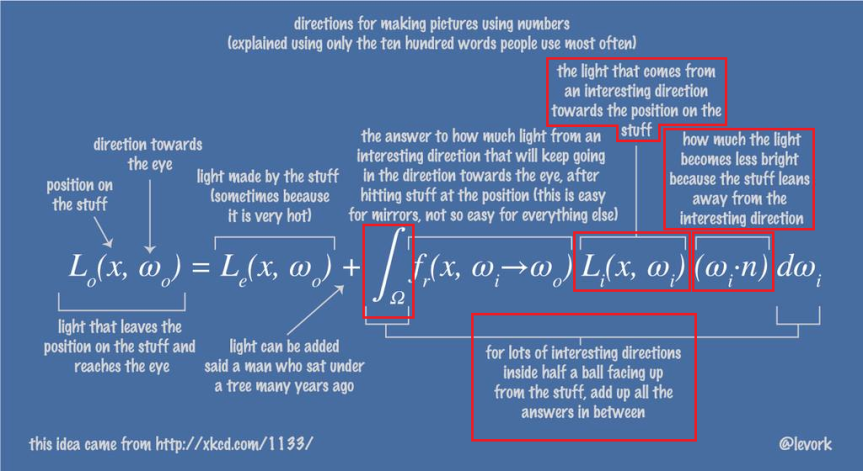 Figure 5: The Rendering Equation, using only 1000 most used English words. [33]
Additionally in red, why GI is not simple

With today’s massive content and ever-growing worlds, the outlined elements in Figure 5 explain why GI is not simple. Further, depending on the kind of game one is making, the limitations of the previously mentioned techniques can be seen as a positive, or a negative. Knowing these limitations and where a technique breaks upfront is huge, necessary, and is something that every paper should fully expose [24].

For example, in the case of an outdoor open world game, the global illumination contribution might come from the sky because the sun is often much brighter than punctual light sources. However, this could change depending on whether the game happens during day or at night. The sun and sky do provide a significant source of lighting for a day-time game, but in the case of a night-time game the moon is actually a retro-reflective source of light, making its contributions less noticeable. In this case, punctual lights and other potential sources of lighting become more important. Another example would be a game that could get away with a few parallax-corrected cubemaps [25], both used for diffuse inter-reflection as well as glossy reflections, dynamically updated [30] or not, versus another where this might not be sufficient. Or, the lack of occlusion in Light Propagation Volumes might be fine for one game, but not for another. Finally, you need a metric ton of VPLs to make techniques that revolve around this technology viable, there are cases where this will not scale in a game.

Each technique’s advantages and inconveniences have to be taken into account.

What doesn’t change, though, is that we should always favor approaches that are robust, simple, and fast over correct, complicated, and extensive computations. Video game artists need techniques that can provide reliable, expected results, even if they are not perfect. Getting around technological limitations is what they do on a daily basis, and they have become experts at it. So if a technique is not perfect, but it’s robust, simple to use and fast to author, you will (generally) make people happy. Also, as I’ve mentioned before [26], by limiting the complexity of the interface one can often get pretty interesting visual results, if not better results. People get creative around limitations.

And really, bounce lighting doesn’t need to be accurate, it needs to be robust. It causes the scene to coalesce and fit, so without it things tend to look extremely artificial. [29]

Robustness of GI is relative to your particular scenario [29], but generally speaking:

In the end, the objective of this post is to convince you that robust global illumination is essential in helping your artists create rich, convincing, and beautiful visuals. You may be able to use this post to convince your artists that there are benefits to some automation, relinquishing a bit of control can lead to great things, and that these techniques are another bag of tools to help them create awesome visuals. My hope is that you will include your users fully & truly in the process, because at the end of the day it’s the only way to create techniques that are tailored to them. People might not agree with you at first, and you might have to insist that it’s for the better, but I’m sure you can find great examples out there to convince people.
Through evaluating existing techniques and cross-referencing them with your game’s needs, it is possible to both find techniques that work for you and push them as far as possible (in collaboration with your best artists, of course). Hopefully you will not be satisfied with what’s out there, and this will lead you to adapt and improve an existing technique to your game’s need, or create something new that you will share at a future conference! 🙂 Whether fast means quick offline results or real-time, just remember that it’s all about what your game project would benefit from, and the need for robustness and simple interfaces is key.
That being said, we’re currently developing our own approach at WBGM, not perfect for every game (of course) but definitely tailored to our needs, which is also what your approach should be. We’re super excited about it, and hopefully we will be able to present it at a future conference. Our approach is being developed in tight collaboration with our lighting and technical artists, without whom the development wouldn’t have been possible. Stay tuned!

So, what does GI mean to you? Are you satisfied? What can we change? What can we do better? Looking forward to hearing your comments.

Other Great Examples of GI 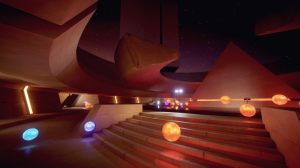 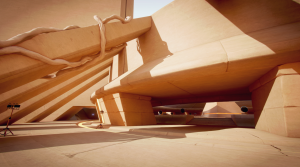 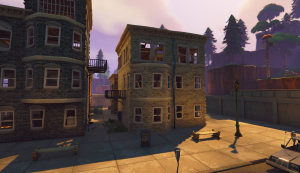